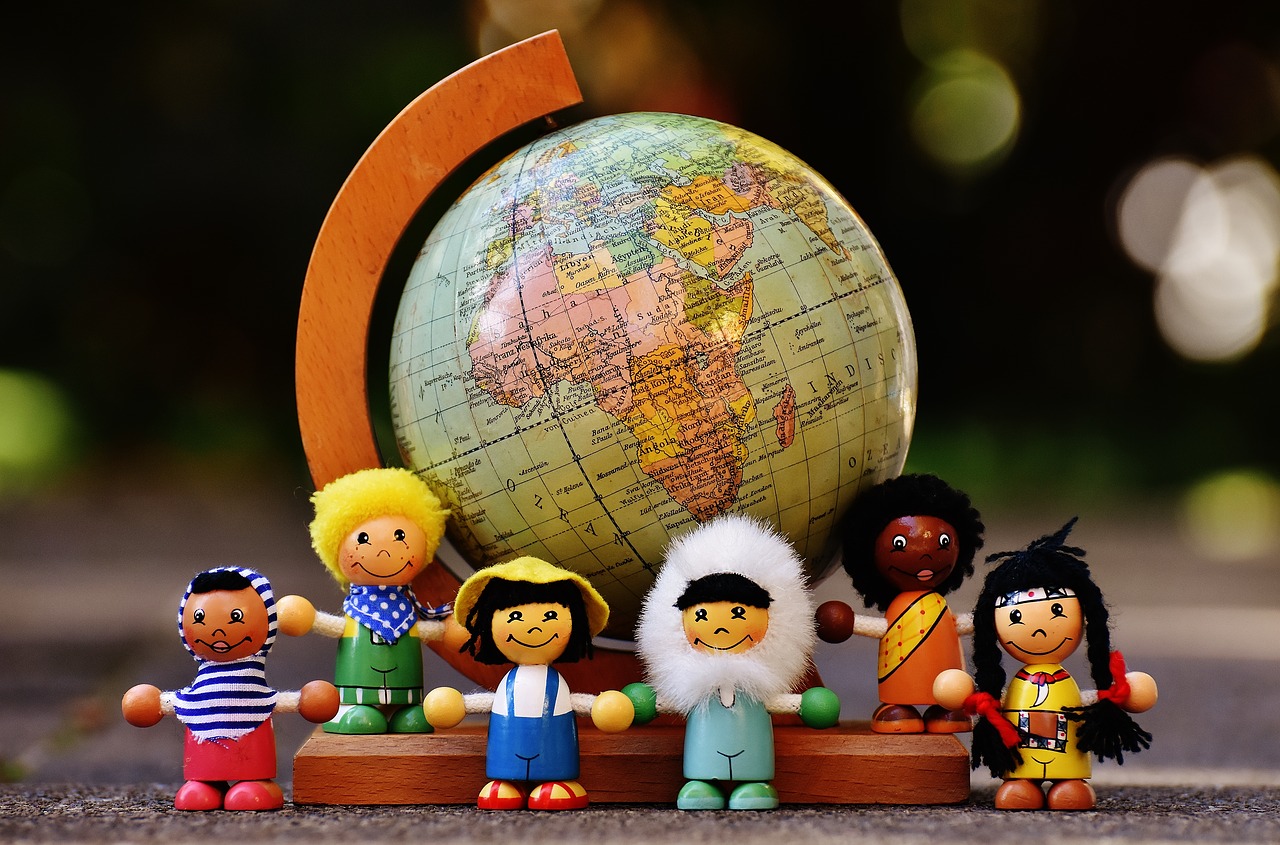 This is part 6 of a series to help you find great children’s titles to add to your little reader’s library. You can click the following links to see 5 Books for Building Your Little Reader’s Library, Part 1, Part 2: Summer Edition, Part 3: the Learning Edition, Part 4: the Different Abilities Edition, and Part 5: Easter Edition. Part 6 brings you a few great stories from people and places around the world to broaden your little one’s horizons, geographically and conceptually, with more to come in future editions. Happy reading!

1. The Sock Thief
by Ana Crespo
Illustrated by Nana Gonzalez

This interesting story sheds some fun light on life and culture in Brazil, when Felipe heads out to school with a bunch of mangos to exchange for any pairs of socks he sees hanging on a line or out a window. Why is he doing this? Well he stuffs the first pair of socks with newspaper, then wraps the subsequent socks around that, fashioning a soccer ball for him and his friends to play soccer (Felipe returns the socks with a note of thanks at the end of the day)! Based on the author’s father’s experiences as a child of having to make his own soccer ball, it’s an incredible look at how many Brazilian children grow up playing soccer in the streets and the resourcefulness they must use to play when they can’t afford a ball . Even the world’s greatest soccer player, Pelé, grew up playing street soccer this way!

As village residents celebrate the rice harvest, wealthy Ojiisan sits on his balcony atop the mountain looking down at them, sensing something isn’t right. When the rumbling of an earthquake confirms his feeling, he sees the sea “running away from the land!” and the 400 villagers in the distance below run towards it to see what’s happening, and he knows he must take action quickly because they don’t know what it means – an imminent tsunami. Desperate to warn them but too far away to do so, he makes the sacrifice to set his precious crops on fire, hoping they’ll notice the blaze and come running to help, which they do. The village is destroyed by the tsunami, but the lives of the 400 villagers are saved. The story is based on the true story of Hamaguchi Goryou who saved his village when a tsunami hit Japan in 1896. The amazing story is accentuated by the incredible collage artwork done by Ed Young, and makes for both an incredible tale as well as a useful educational one for your little ones to know to run for higher ground immediately, should they ever witness the sea running away from the land.

3. The Librarian of Basra: A True Story from Iraq
by Jeanette Winter

“Her library is a meeting place for all who love books. They discuss matters of the world and matters of the spirit. Until now – now they talk only of war.” This beautifully-illustrated story tells the real-life story of librarian Alia Muhammad Baker’s heroic efforts in 2003 to preserve the books of Basra’s Central Library, starting when the U.S. invasion of Iraq was impending, and then when war was upon her city. The governor refused her request to move the books to a safe place in advance of the invasion, so she took it upon herself to smuggle books out after work every night. Then when bombs began falling on the city and buildings were burning, she scrambled to assemble the library’s neighbors to help her pack up more books in a night, using whatever they could – crates, bags, even curtains – pass them over a 7-foot wall, and hide them safely in a neighboring restaurant – saving 30,000 books in all, which were later hidden amongst her own house, and the houses of her friends. The book does a great job encapsulating the despair and panic and destruction that war brings, but still maintaining a hopeful and optimistic light by showing the actions of individuals can really matter.

Get To Know US

WE ARE OPEN & NOW ENROLLING!