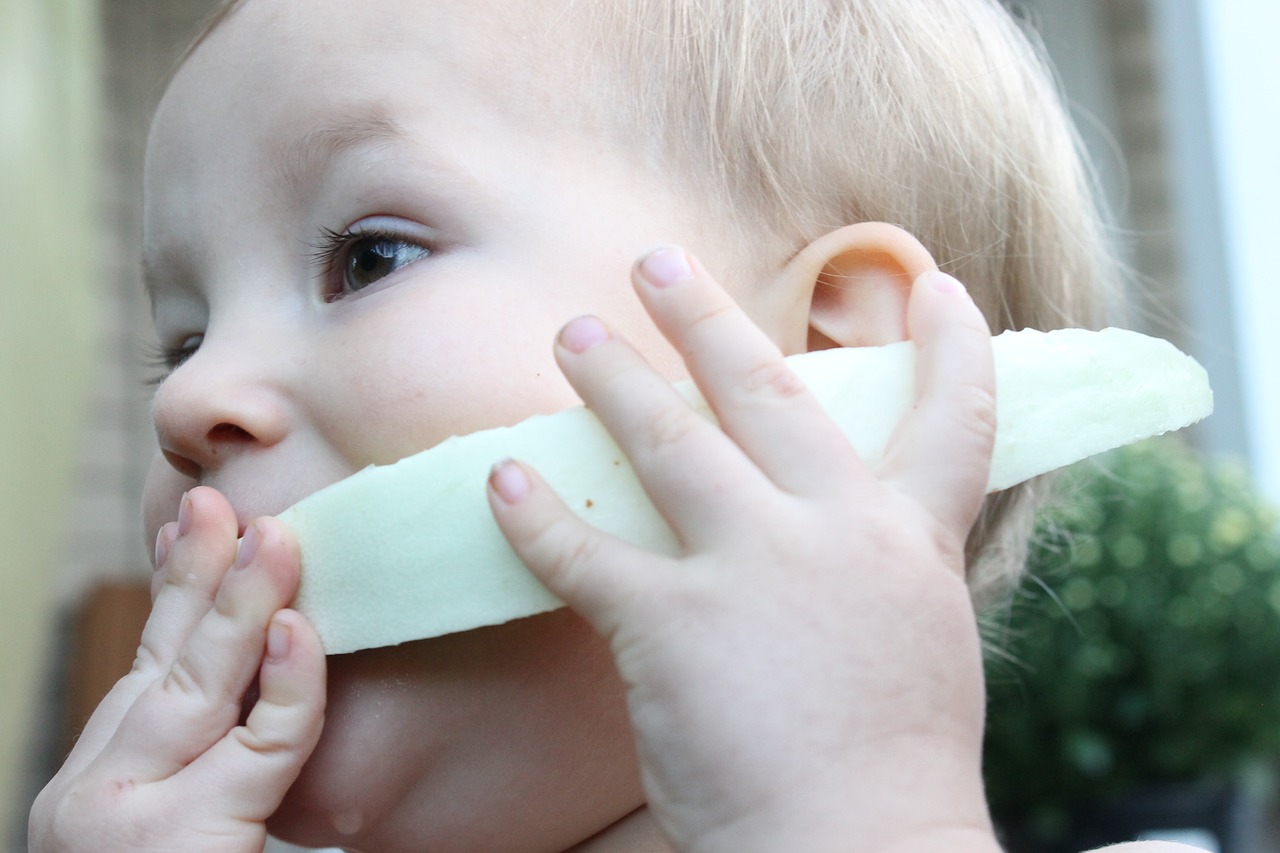 One of the best things you can do for your little one is to introduce him or her to the wonders of healthy and adventurous eating. And the earlier, the better! Young children who have been exposed to a wide variety of foods from the outset are much less likely to reject new veggies and dishes later on. And it might take a few tries to get it to take, so start young and do it often, and you’ll have created a good eater by the time the toddler years hit.

Here are a few tips for creating good eaters:

Offer a variety of new foods to infants every few days (watch for allergies, and allow a day or two between new foods to be able to spot the culprit easily if any do pop up). Then by age 1, they’ll have been exposed to a wide variety of foods.  Often, kids are less resistant to familiar foods. So keep offering items later, even if they don’t like it at first. It may take up to 15 times for the food to be familiar enough to be desirable. Don’t force them, but consider a “no” more like a “not right now”, and do offer it again at another time. Also look for creative ways to introduce new flavors – curry powder in the tuna, veggies in the Mac and Cheese, using or serving almond milk instead of cow’s milk, almond butter instead of peanut butter, etc.

2. Mix the routine up

If it’s healthy, it doesn’t matter what mealtime it’s presented. If he gets a kick out of eating his whole grain pancakes and fruit at dinner but won’t eat them at breakfast, hey go for it. As long as he’s eating healthy and is enthusiastic about doing so, that’s what’s most important.

3. Get them involved from the beginning of the process

Kids will be a lot more invested in eating what you want them to if they’ve been involved with the process. They enjoy cooking and are much more excited about eating foods and meals that they made. For example, teach them how to make a salad dressing and watch them wolf down that salad eagerly.  Also, let them shop with you and pick out what healthy things go in their school lunchbox.

4. Turn them into little gardeners

One of the best ways to get kids stoked on new, different, healthy and nutritious foods is to give them a pack of seeds and a corner of your garden. Show them how to raise fruits and vegetables from seed to plate. It’s great family time, non-screen time, and promotes some serious diverse and healthy eating.

Your toddler will want to assert her independence, so you can help her expand her eating horizons by giving her two new, healthy choices to choose from. She gets to make the choice, but both choices are new and nutritious for her, and everyone wins. Try to make it a fun, exciting game that you play regularly.

6. Make sure they’re hungry at mealtime

Quit snacking 1-2 hours before mealtime for little ones to build up their appetite. Your child will be more open to eating new foods when they’re hungry and ready to eat than if they’re already full from the usual snacks.

7. Be the role model

And of course, as with everything – you’re the model of the behavior your children will adopt. Be adventurous, diverse and healthy in your own eating, and they will follow your example!