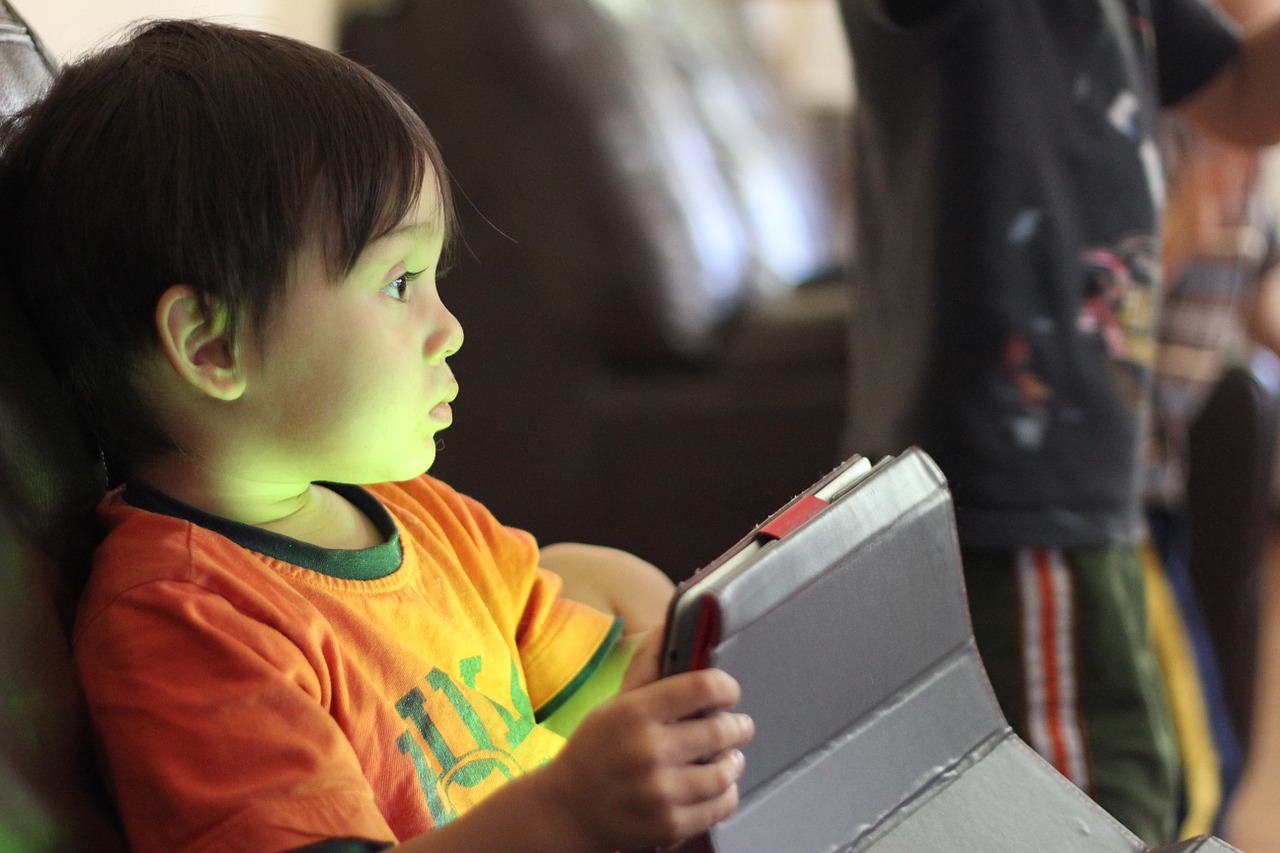 Technology has come a long way since we were kids. Many parents of young children now have seen the advent of the personal home computer, and the beginning of the internet. This means they had a childhood without the compact, portable technology that kids today have.

Our parents had to worry about how much TV time was ok and monitor parental ratings and advisories of shows and movies – but video and computer games, Facebook, streaming, viewing, and downloading content from the internet were all things they never had to deal with when we were toddlers – and iPods, iPhones, and iPads didn’t even exist.

It’s a different world now, and there are a lot of differing opinions on what role technology should play in young children’s lives. How much screen time should they have? How old should they be? What content should they be allowed to view and interact with?

The American Academy of Pediatrics released the following suggestions in 2013 about how much daily screen time children should have:

Some parents may be in shock over these low numbers, as many rely on technology to help keep their children busy and entertained while the parents are trying to get dinner on the table, and the kids may really love all those fun iPhone games. But it’s important to limit the screen time as much as possible, because excess time staring at a screen can have a number of problematic effects.

The more kids are sitting on the couch or hunched over their screen, the more time they are spending sitting down with less time moving their bodies and keeping fit and active. Children can learn really unhealthy eating practices from watching all the advertisements on television, and think that this is the standard normative behavior. Kids under two who spend time on the TV, portable device, or computer are losing time playing and interacting with their fellow peers or exploring their surroundings, which are things that are very important for early development. Older kids have an increased risk for being overweight or obese the more time they spend stationary in front of a screen, plus it detracts time from playing with their friends, reading, doing homework, or spending time with family.

Here are some tips for avoiding excess screen time:

1) Kids younger than 2 shouldn’t get any “passive” time with the screen, but if it’s a responsive, interactive activity such as Skyping with Grandma and Grandpa, that’s not so bad. Carefully selected learning and educational materials can also be ok in moderation, when there is a parent or caregiver present and interacting with the child about the media content.

2) Avoid having the TV on while eating

4) Keep the computer(s) in a common area where you can monitor their content and usage. Avoid putting computers in kid’s bedrooms

5) Treat TV and other screen time as a privilege that needs to be earned – after chores and homework, family and play time – and not a right they’re entitled to.

6) Set a good example and limit your own TV viewing or time your eyes are on your phone.

7) Have kids leave their cell phones, iPhones, and laptops outside of their bedrooms at night.